Apple’s new iPhones are finally here. It comes in three models with the iPhone 11 as the base. The design is reminiscent of the iPhone X line, but with new color options, improved cameras, and upgraded internals. Just like any other smartphone brand, Apple hopes that you would upgrade to the latest iPhone every year. If you have the budget, sure, why not? But should you?

The iPhone 11 follows the language of last year’s iPhone XR not just in terms of price point, but also in base design. The two are identical on the surface with just a couple of exceptions. Aside from a new set of colors that includes my personal favorite, mint green, it also gets a brand new square-shaped camera module.

It reminds us of the camera module of the Huawei Mate 20 Pro, but I’m happy that the new lineup received additional cameras to make it more versatile.

still has a big notch on the top portion of the screen. The buttons and ports are in the same place — power button and SIM card slot on the right, volume buttons and mute switch on the left, Lightning port at the bottom.

Even the physical dimensions stay the same down to the millimeter. It’s still 8.3mm thick, despite having a slightly bigger battery capacity than the XR, which is pretty good. It’s still premium though thanks to the aluminum frame and glass back.

As for dust and water resistance, it has an IP68-rating (maximum depth of 2 meters up to 30 minutes), so you don’t have to worry about it getting wet. We do, however, recommend getting a good case and a tempered glass to protect it from bumps and scratches.

Same with my experience with the XR, the iPhone 11’s 720p display isn’t bad for day-to-day usage. You’ll still be able to read text easily, it displays colors nicely, while the brightness is pretty good, too. But if you’re used to a 1080p display and above, you will start to notice it when you watch YouTube or Netflix in full screen. It’s just noticeably not as sharp, but not too much that it will bother you.

For audio, we still have the same stereo setup that uses both the downward-firing loudspeaker and the earpiece speaker. It makes for an excellent immersive sound that doesn’t immediately get cut off when you decide to hold your phone in landscape orientation.

The overall sound leans more towards the mids, so you get excellent clarity in the vocals. At higher volume, the highs can get clipped, which attests to the overall loudness of the speakers, and there is some depth in there — bass, while not as punchy, is present.

Now for something that has changed and improved from last year — the cameras. For one, the hardware has improved. The rear module now has two 12MP shooters, one primary and one ultrawide. For selfies, we now have a 12MP shooter with a wider field-of-view.

The software also has a few improvements, notably, and finally, a dedicated Night Mode. There’s also the ability to record selfie videos in 4K at 60 frames per second, as well as slow-motion selfies. There’s also an upcoming feature called Deep Fusion that uses the new Neural Engine to process each pixel to sharpen details and reduce noise. It’s only available on the iOS 13.2 beta, as of the moment, so we can’t review it yet. 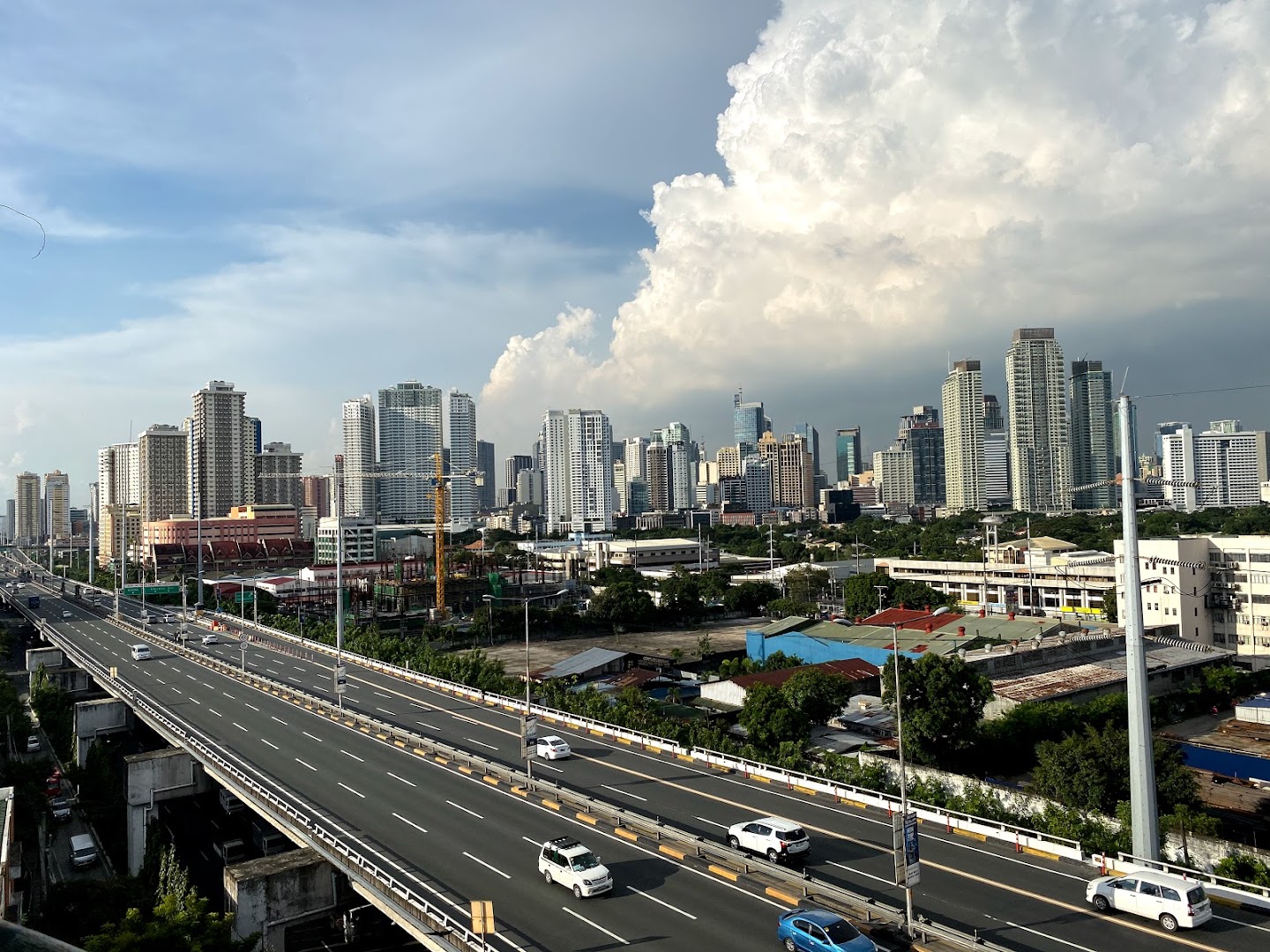 Even so, the iPhone 11’s vanilla camera quality is still superb. Like any smartphone camera, it shines the most in situations with good natural lighting. It handles soft light the best, especially when taking photos of people. The dynamic range is also excellent, and noise is at a minimum. The portrait mode is also new and improved, as it doesn’t just rely on face detection anymore and uses AI to detect the subject such as pets.

Apple’s color science tends to lean towards more natural tones, which I find to be more pleasant. The same goes for the overall contrast. It lacks compared to what we might be used to, but then again — having photos with flatter colors and less contrast allows more flexibility in post.

However, using Night Mode makes photos a lot better. It takes around 10 seconds of exposure, but the resulting image is clean and stabilized. The exposure is on point, colors pop a little bit more, and has lesser noise. The interface is also quite intuitive. It pops up on the screen when it detects a dark scene, and you can adjust how long the shot will expose. Apple took a long time to get their Night Mode, and they 100% did it right.

Video recording is still great. You get 4K at 60fps for both the front and rear cameras. You can switch between the primary and ultrawide rear lenses during recording, and the front camera now has slow motion up to 120fps.

Overall, the camera is probably the best thing about the iPhone 11. It’s not super flashy with the specs or features, but it’s simple to use, and it just works.

The iPhone 11 runs on Apple’s new iOS 13, which was announced in June and released in September. Apple released a few updates since then, with our unit running iOS 13.1.1. The new OS brought tons of features that it deserves a separate review, but here are some of my favorites:

It now has Dark Mode, a not-so-new feature given that some Android users are already enjoying it, but better late than never, right? It’s fully implemented in the UI, including built-in apps and wallpapers. You can even schedule it, or you can switch it on/off manually.

Apple also added a Files app that has its own Downloads folder. You can also create folders on the local drive or zip and unzip files.

You can now install custom fonts which can be downloaded from the App Store.

If you’re using Apple’s Maps, it is also improved with more realistic details for roads, beaches, parks, buildings, and more.

There’s also Sign in with Apple ID, which lets you sign in to apps and websites quickly and easily using the Apple ID you already have. There’s no need to fill out forms or create new passwords. Just tap “Sign in with Apple,” use Face ID or Touch ID, and you’re good to go. It even supports 2FA for an extra layer of security.

And it has a more customizable Memoji that lets you add blush or eyeshadow, add braces, piercings, choose from 30 new hairstyles, or over 15 new pieces of headwear. They even added three new Animoji characters — mouse, octopus, and cow.

Aside from the new cameras, the new iPhones naturally has a new chip powering them — the A13 Bionic. There’s not much to say about it other than it’s the most powerful Apple smartphone chip to date. It’s a force to reckon with, especially that iOS 13 is better than the previous operating systems. Apple even claims that apps launch 2x faster while Face ID on previous X devices is up to 30% faster. These benchmark results will speak for themselves:

Naturally, the iPhone 11 Pro and 11 Pro Max have higher scores than these, but the AnTuTu score alone is way higher than on any Android smartphone.

And speaking of RAM, the 11 now has 4GB, 1GB more than the XR, so you have a little bit more RAM to help with multitasking workloads and such. You can throw anything at this guy, and it can handle it without flinching.

One interesting thing that Apple very quietly introduced with the iPhone 11 series is the new U1 chip that uses UWB or Ultra-Wideband technology. It gives the new iPhones spatial awareness. An easy way of putting it is that it’s similar to how the Bluetooth Low Energy technology works with the S-Pen from the Samsung Note phones but better.

Let’s say I want to AirDrop something to another iPhone. Just point the iPhone 11 at the recipient phone, and it would appear at the top of the AirDrop list. Apple is the first manufacturer to include UWB in one of their phones, so it’s interesting to see other applications and how the rest of the industry adopts this.

For battery, it’s got a 3,110mAh cell, which is only slightly larger than the XR’s battery, but still enough to last more than a whole day of moderate usage. You can maybe even stretch it to two days if you don’t put it through a lot. The bummer, though, is that you still have to buy the Apple fast charger separately if you get the 11. That’s not the case, though, with the 11 Pro and 11 Pro Max.

So the iPhone 11’s MSRP starts at $699. We don’t have local SRP as of writing, but if I were to take a guess, it’s going to be somewhere around the PHP 40-50K price range, which is still pricey.

If you’re coming from an iPhone 8 or 8 Plus or older, you’re going to get significant upgrades, especially in the performance, cameras, battery life, Face ID technology, software features, and design. If you’re coming from the X or XS series, you’re not getting much in terms of innovation, especially in the design part. It still has a wide notch and a Lightning port. It’s better to wait for next year’s iPhones unless you want those cameras right now.

But if you’re coming from Android, assuming that you’ve already made the decision to use iOS and jump right into the garden of Apple, then this phone right here is a decent entry point into your new iPhone experience.